KCM Chief Financial Officer Giridhar Venkatesan stresses a point during the commissioning of the Rail weighbridge at Nchanga mine in Chingola. On his left is Zambia Railways Limited Acting Regional Manager Inter-Mine Emmanuel Mwango, while on his right is KCM Chief Marketing Officer Rakesh Mishra.

CHINGOLA, 19 DECEMBER 2018: Konkola Copper Mines (KCM) has commissioned a weighbridge at its Nchanga mine in Chingola in the ongoing measures to utilize the inter-mine railway link and increase the haulage of copper and other products through the railway systems. The weighbridge, which cost $95,000 to construct, is the first to be commissioned in almost 20 years.

Chief Financial Officer Giridhar Venkatesan said during the launch of the facility that it would play a major role in the facilitation of KCM’s import and export materials such as copper concentrates, lime, Sulphur, Coke, copper cathodes, copper anodes, copper starter sheets. 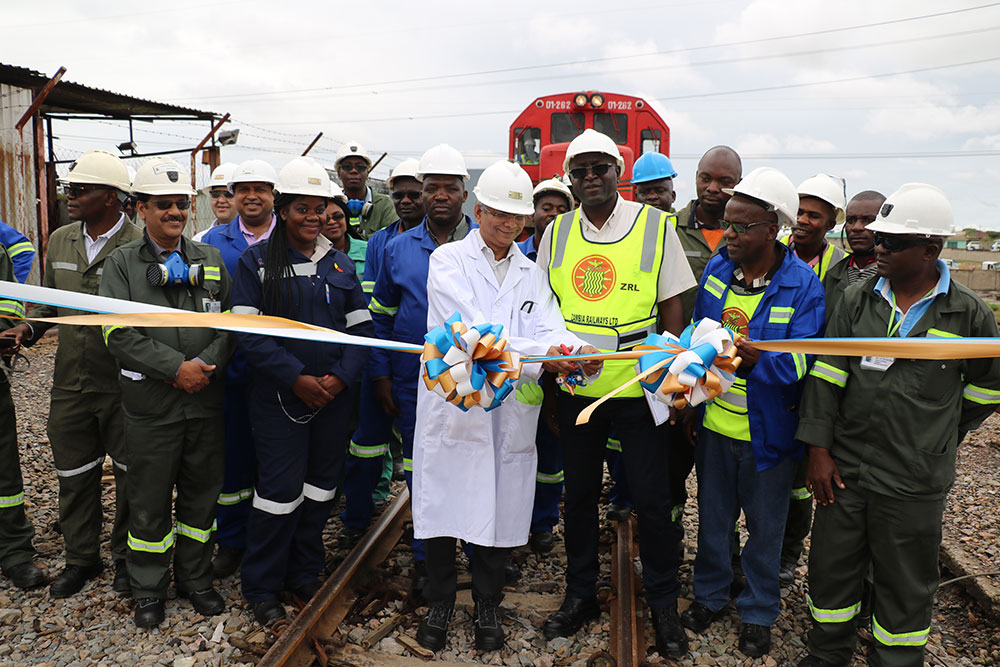 Mr Venkatesan said KCM would be able to comply with the Statutory Instrument No. 7 of 2018, which requires producers and transporters of bulk cargo to move 30% of the cargo by rail, a move aimed at aiding the revamping of the railways sector, which would in turn ensure massive benefit to the entire economy.

“Projects such as this have to be conceived, planned well and implemented well for the greater good of the organisation and the country,” he said.

Chief Marketing Officer Rakesh Mishra said the railway line would drive efficiency and reduce congestion on the roads, and that KCM planned to start moving all its copper concentrates from Konkola mine in Chililabombwe for processing in Chingola by rail.

Currently moves about 30 to 35% cargo by rail, and seeks transport more by rail as a cost-effective way of doing business.

Zambia Railways Limited Acting Regional Manager for the Intermine link, Emmanuel Mwango, said the commissioning of the facility was an indication of KCM’s commitment in promoting efficiency in its operations. “The weighbridge is critical in the operations of ZRL as well as KCM in as far as cost effectiveness and efficiency is concerned.”
Mr Mwango said the effort by KCM consolidates the good business relationship that exists between ZRL and KCM adding that the facility has come at a time when there are changes to legislation regarding heavy and bulk cargo movements. 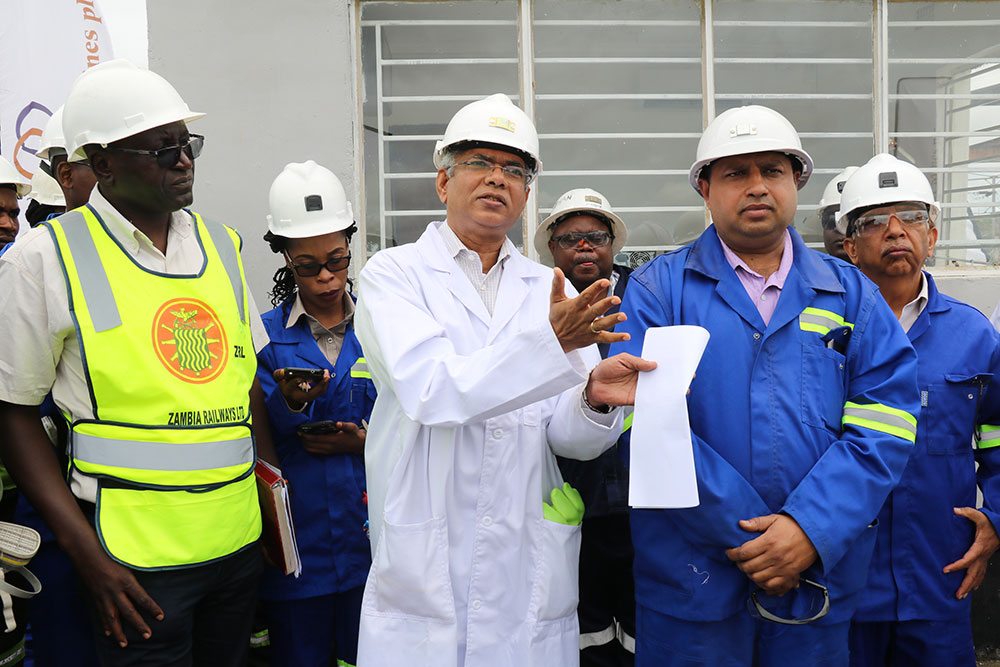 “On a monthly basis, we are moving an average of about 10,000 metric tonnes of cargo for KCM,” Mr Mwango said.