As one of the largest mining companies operating in Zambia, Konkola Copper Mines (KCM) strives to ensure that the impact of our investment goes beyond simply paying taxes, but benefits the communities where we operate.

Our Corporate Social Responsibility (CSR) programmes have a rich history. KCM specifically took on significant social responsibilities from the period before the privatization of the mines, including the development of hospitals, schools and other social programmes. After the acquisition of KCM, the CSR programmes have been expanded to ensure effective and maximum outreach.

Investing in the health of our employees the local community and the population of Zambia is a key priority for us. KCM continues to operate two hospitals and eight clinics it inherited prior to Vedanta’s acquisition of the mine, providing free medical services to more than 63,000 people annually from across Zambia, including KCM employees and their dependents. It also provides subsidised healthcare to the general public.

Over the years KCM has supported a number of important health initiatives, including:

When KCM inherited two schools in 2005, we not only took over the responsibilities borne by the previous owner, the state mining company ZCCM, but decided to expand on the schools to offer education to more children. KCM has extended the two primary schools that it inherited at privatization to full secondary level schools through investment in infrastructure and teaching staff. Previously, the schools accommodated 650 students; however, KCM’s investments now mean the schools provide education to over 2,000 students. In addition, the top 15-20 students from these schools are sponsored for full-time degree programmes. (See the Scholastic Excellence Awards case study for more details)

Other investments in education include:

KCM is aware of the critical importance of early childhood development particularly through education. In line with this, KCM invested in building day care centres:

KCM works with the local community to originate sustainable projects that ensure self-sustenance and development beyond the life of the mine. Among these initiatives are:

In 2012, we invested in road infrastructure, reconstructing 7.5 kilometres of road network in Chingola and targeting roads leading to densely populated areas at a cost of US$ 4.5 million

KCM is the largest sponsor of football in Zambia, and is the only privately owned firm that supports four teams in the top leagues of the Football Association of Zambia (FAZ). The teams we support in the league are:

Football is not simply important as a sport in Zambia, but it also provides an alternative source of livelihood for thousands of young footballers and support staff. Our teams provide employment to 160 young talents. These four KCM teams have provided 10 players to various junior and senior national football teams. In addition, two coaches from the KCM clubs have been appointed to train Zambia’s national youth teams.

Our football support and sponsorship initiatives have included:

Football is not the only sport that KCM has supported: 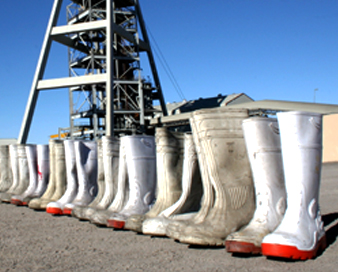 As part of KCM’s safety, health and environment programme, we follow the highest... 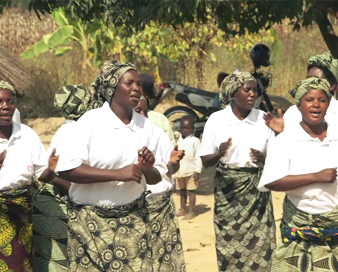